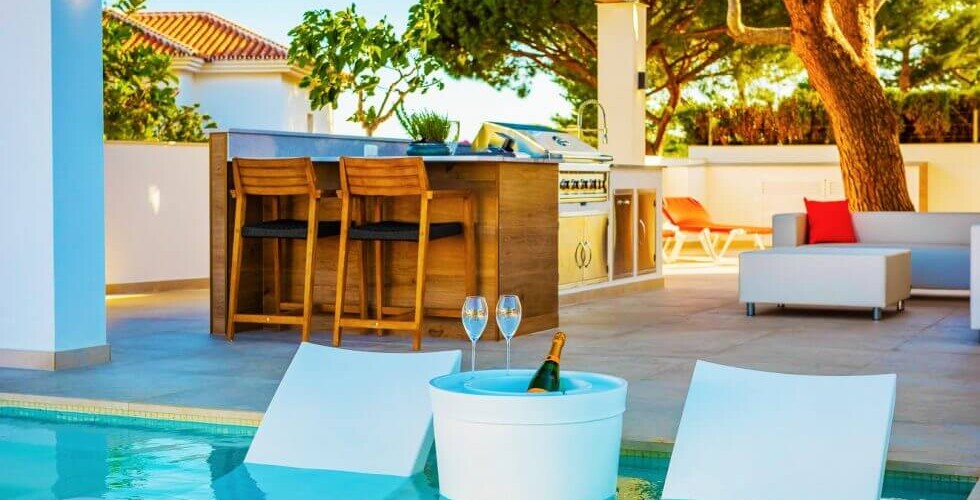 During a year when one particular global news story has (understandably) been dominating headlines, there have still been some reassuring silver linings for the Costa del Sol. Or, perhaps more accurately, positive green sprouts…

Golf was one of the first leisure activities to re-open after the Spanish lockdown was lifted in June, albeit with strict protocols in place to ensure golfers’ safety and well-being. Later, in autumn, the European Tour’s Estrella Damm N.A. Andalucía Masters tournament once again showcased Spain’s most celebrated golf course, Royal Valderrama (in Sotogrande). And in November it was the Ladies European Tour’s turn, with the season grand finale (Andalucía Costa del Sol Open de España) being held at Royal Guadalmina in Marbella.

It was in between these two major tournaments, however, that the most important, and eagerly awaited, golf announcement was made: the Costa del Sol would host the 2023 Solheim Cup – the world’s pre-eminent professional women’s team golf event.

The venue for the women’s equivalent of the Ryder Cup (also pitting a European team against the United States) will be Finca Cortesín, while Marbella and Benahavís town halls will be the main sponsors.

One of Europe’s most luxurious resorts, Finca Cortesín is just a short drive from Valderrama, host in 1997 of the first-ever Ryder Cup held outside the US or UK.

The decision to bring the event to Spain for the first time, and specifically to the “Costa del Golf” (as the area was dubbed in 1997), is the culmination of many years of planning by local tourism authorities and fulfils a long-standing dream for the Spanish golfing community.

The Coast has held dozens of top international tournaments – both men’s and women’s – over the past five decades, so it was almost inevitable that the Solheim Cup would one day be added to that celebrated list. Still, the official news was greeted with relief as well as elation, as the Costa del Sol – and, indeed, the wider world – continues to grapple with the tragic consequences of the coronavirus pandemic.

Here are just five reasons why the LET (in consultation with the US LPGA Tour) eventually settled on the Costa del Sol to host the 2023 Solheim Cup, which – like its men’s counterpart – is held every two years (rotating between Europe and the US)…

With more than 70 golf courses along a 100-kilometre stretch of coastline, the Costa del Sol can justifiably claim to be Europe’s foremost destination for golf tourism.

Marbella alone has more golf courses than any other Spanish municipality, while Benahavís has the highest number of courses in Spain per capita. And not just any common garden variety golf courses… several have been designed by such legendary figures as Robert Trent Jones, Javier Arana, Dave Thomas, Seve Ballesteros and Gary Player.

Complementing the superb courses is a sunny climate that accommodates year-round golf (even in winter when northern European countries are suffering adverse weather conditions), excellent international transport connections (the Málaga-Costa del Sol international airport hub is a convenient drive down the motorway from Marbella) and a modern lifestyle infrastructure.

In total, more than 500,000 golf tourists visit the Andalucian region during a normal year and, as home to two-thirds of the region’s golf courses, the Costa del Sol is by far the most popular golf destination.

Extending over a 215-hectare estate, Finca Cortesín was inaugurated in 2006 in a stunningly natural setting two kilometres from the beach in Casares municipality – also home to one of the Costa del Sol’s iconic white mountain villages.

Englishman Ross Fisher won that year’s title, compatriot Ian Poulter was victorious in 2011 (after a one-year tournament hiatus) and 2010 US Open champion Graeme McDowell lifted the trophy in 2012.

Marbella was initially touted as the potential venue for the 2023 tournament, but In the end the town hall had to settle for being its main sponsor (with Benahavís).

Benahavís, on the other hand, is popularly known as “the dining room of the Costa del Sol”, offering foodies a veritable smörgåsbord of gastronomic establishments, from traditional tapas bars to plush restaurants. The village is also surrounded by a picturesque mountain range, ideal for hikers and adventure sport enthusiasts.

In addition to the 1997 Ryder Cup, the Costa del Sol has hosted numerous top international tournaments since the 1966 Spanish Open at Royal Sotogrande.

These include multiple other Spanish Opens and European Tour events; 15 Volvo Masters at nearby Valderrama from 1988 to 2008, plus the 1999 and 2000 American Express World Golf Championships; and the 1973 and 1989 World Cups at Las Brisas (in Marbella’s Nueva Andalucía “Golf Valley”).

Clearly, the Costa del Sol is well-prepared to ensure any golf tournament is a resounding success – and an added bonus for those who have made their new home (or regular holiday getaway) in the area.

Apart from the obvious pleasures of living next to, or even close by, a golf course, owners can also reap considerable financial benefits.

For those buying a villa, townhouse or apartment to rent, premium rates can be charged visiting golfers. And for others thinking more medium or long term – that is, considering buying a second home in the Mediterranean sun purely as a resale investment – its value is enhanced significantly if located in a frontline golf setting.

A 2018 study conducted by European Tour Properties, for example, found that properties within golf resorts can be worth as much as 19 per cent more (on average) than similar non-resort homes.